We were out in Vegas over Labor Day for Heather's brother's 21st bday. While we were out there, Mike, his buddy Adam, and myself jumped in a cab and headed over to a local gym where my cousin works. He trains NBA players in the off-season...rough life, huh?

We sat and watched a casual game of 5-on-5...all 10 guys are NBA players. It ranged from guys like Tayshaun Prince to Austin Daye to Rudy Gay. Sorry, I'm a terrible photog and didn't get many good pics.

My cousin Andrew is the red-haired guy sitting on the bench next to the guy in the Pirates hat. On the court, that's Tayshaun Prince with the left hand in the air, Tyronn Lue with the ball, guarded by Rudy Gay: 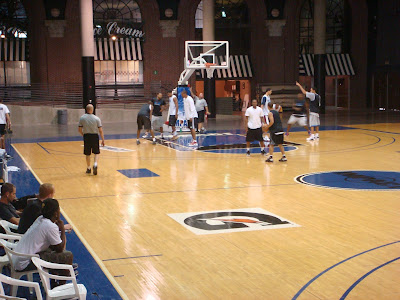 J.R. Smith (he didn't miss many shots) is in red shorts on the far right and Tayshaun again in the foreground: 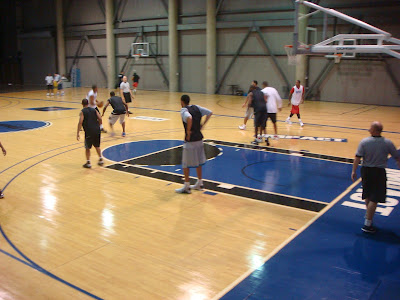 Mike, Adam, and myself outside the gym: 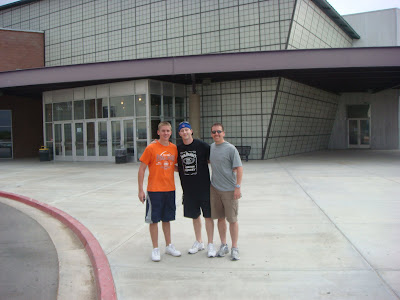 Posted by Matt Eatherton at 7:49 PM No comments: 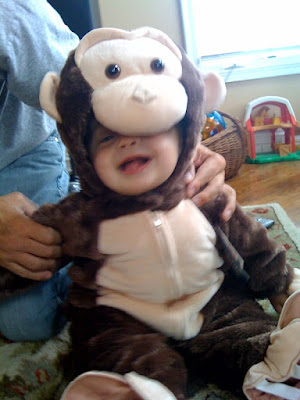 Getting into the groove... sort of!

Three weeks ago I said "so long" to the only job I've ever known... to work for the toughest boss I've ever had! Brady and I are testing each other's boundaries and so far, I think he's ahead :) But I'm happy to be home to see him learn and grow; truly an opportunity of a lifetime.

It was hard to say good-bye to Leo Burnett and the co-workers I've spent so much time with over the last 9 years. Who knows... I may be back :) 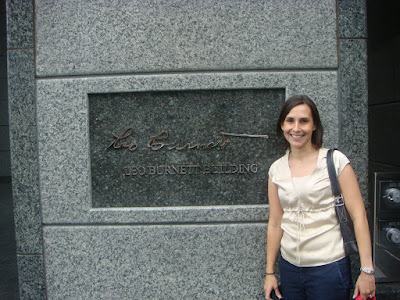 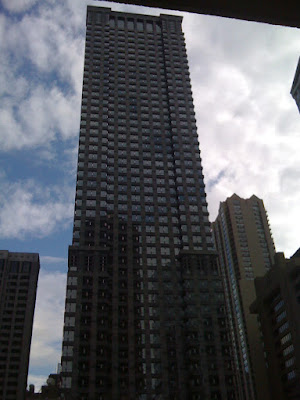 Leo Burnett building, from across the river 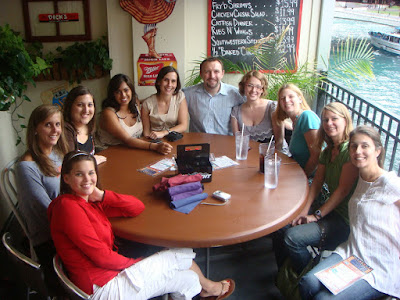 The Kellogg's Snacks team
Posted by Heather at 7:59 PM No comments: 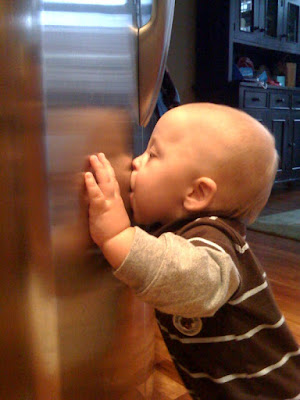 Check out the mullet!
Posted by Heather at 8:30 PM No comments: