It's been great living a mile from the train station, for a variety of reasons. Close enough to be convenient, but far enough away to not hear it; that is definitely the key! But when you have a little boy who is infatuated with cars, trucks and trains, taking him on a train ride (even if it's just a few stops) makes me Mom of the Year. When there's not much going on on a weekend morning, we can walk to the train, take it to the next town, have breakfast and make a quick stop at the bookstore, then catch the return train back in time for nap.
Here are a few pics from a recent trip when Daddy joined us for a "secret train adventure"! It was a secret because we didn't want to deal with a screaming toddler if we missed the train. We're sneeeeeaky! 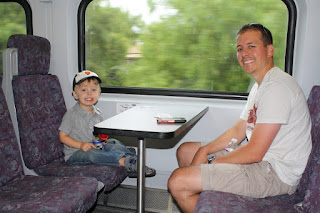 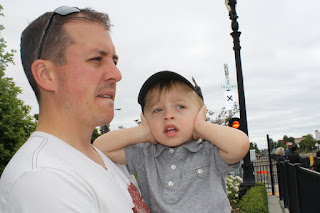 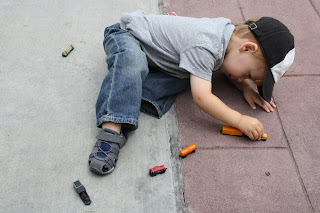 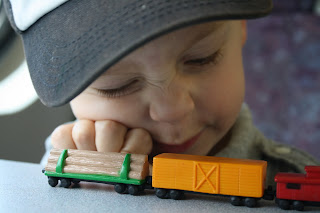 At the end of June/early July, we took our bi-annual trip to Chicago. Twelve days may seem like a long time, but it always goes by way too fast. We never get to do everything and see everyone... we just run out of time! Hopefully we can catch up with friends we missed this time 'round when Brady and I are back in Nov.

So, what did we do?! We hung out with the extended Weber family, rocked out in Grandma and Grandpa's backyard, went to Lamb's Farm, fished from Uncle Up's boat, went to Becky & Alex's wedding, visited the dentist, played with lots of friends, went swimming, and ate lots and lots of good Chicago food (we're going through Portillo's withdrawals now!)

There are way too many photos to post individually, so here is a slideshow. Impatient like me? You can check out the full album here.

Posted by Heather at 6:22 PM No comments:

What can I say, the boy can dribble. He has no sense of direction, but great ball handling skills for sure! This video was shot at Brady's last soccer "practice" a few weeks ago (I have a LOT of catching up to do), and as you can see, Coach Pam has taught him well. By this time next year, he's going to be a lean, mean, scoring machine. I'm talking about goals people.

Posted by Heather at 4:01 PM No comments:

Just Another Day at the Winery

What's a Northern California boy to do on a Sunday?! Go to a winery, of course! A couple weeks ago, we took Brady to the The Mountain Winery for their Pups & Pinot event (ironically, we left Tinley at home). We brought some snacks and did a tasting, all while Brady and his buddy Lyla danced to the jazz band. We had a great time and the view from the winery was amazing. We could definitely get used to this! 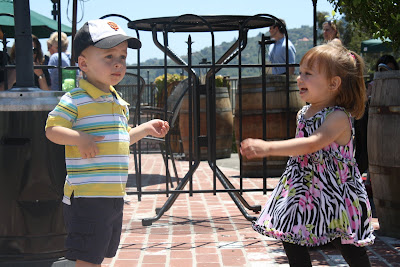 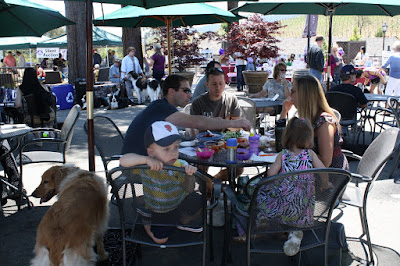 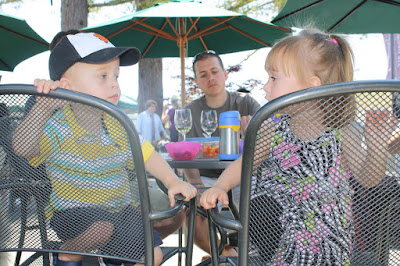 Posted by Heather at 8:49 PM No comments:

Just before our trip to Chicago, we decided it would be a good idea to migrate Brady to a "big boy bed". He was comfortable in his crib and had only climbed out on a few occasions (fallen out during a fit, is actually more like it), so it wasn't an issue of safety. He'd gotten too big for a pack-n-play and would need other arrangements at the grandparents', and we couldn't let his first taste of nighttime freedom take place while we were away from home.
Migrating to a "big boy bed" wasn't that big of a move, really. All we did was remove the front panel of his crib and replace it with a toddler gate, but to Brady, it was a complete transformation. His reaction to this change was priceless. "Thank you Daddy, thank you so much for my new bed!!"
We made the change on a Friday, so that if he had a hard time staying in his bed, we would have the weekend to adjust... and nap. We told him the rule (single!), which is the same one all parents give their kids on their first night in a big kid bed; "you must stay in your bed until we come get you". Because of Brady's track record with following rules, we figured that this would go over like a lead balloon. We put him in bed, kissed him goodnight, and left the room, counting the minutes until he made his way downstairs. But he never came; he fell right asleep, stayed in his bed all night, and called for us to come get him in the morning. A fluke, we thought. If not tomorrow, it'll only be a matter of time until he's staring at us in bed in the middle of the night.
Well, it's been almost 2 full months since the conversion and I'm happy to report (knock on wood) that he's still following his only big boy bed rule. Except for the occasional creep to pick up his blankie off the floor, he's remained in his bed from the time we put him in til the time we get him out. But calls out for Mommy and Daddy to tend to his various needs (fix his socks, put his blanket over him, "what's that sound?" inquiries, and my personal favorite-- remove his "boogies" off his finger) are on the increase, unfortunately. Supernanny would have a field day with us... 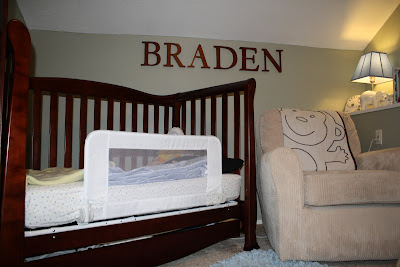 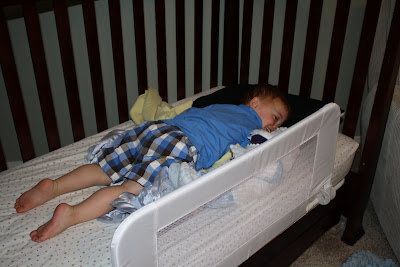 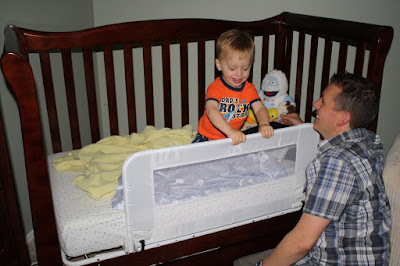