Brady is so excited for Halloween this year! For his first, he was only 10 months old and couldn't even walk. He had zero tolerance for his costume, which made for a really angry lion, and not in a good "in character" kind-of way. This year, he's running around pointing out all the pumpkins, bats, ghosts, spiders and black cats. He likes saying, "boo!" and he puts his hands over his mouth in an "oh-no" fashion when he says, "scary!" We're working on getting him to say "trick-or-treat", but so far only "treat" is coming out (which is the important part anyway). I have a feeling he'll get it right by the big day though :)

This weekend we took a trip to Half Moon Bay to go pumpkin patching and had a great time at Pastorino's Farm. They had a small petting zoo, pony rides, train rides and plenty of pumpkins to choose from. Brady had a great time running from activity to activity; you couldn't wipe the smile off his face. Sadly, there was no hot chocolate to be had... just too warm out! 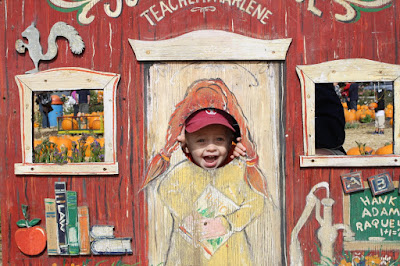 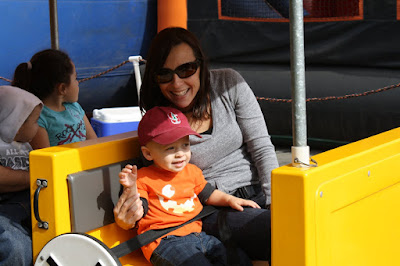 Mommy and Brady riding the train He rode the pony all by himself! 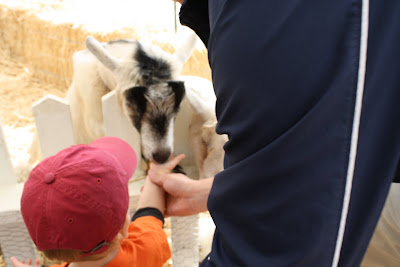 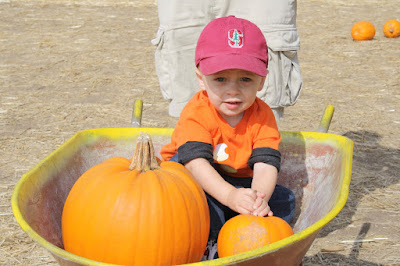 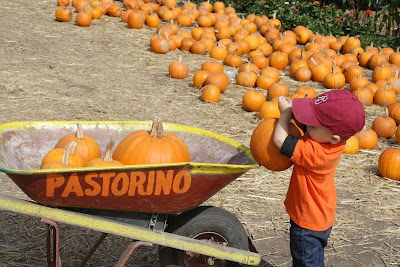 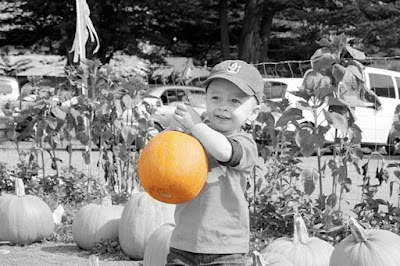 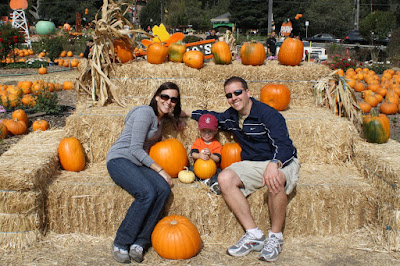